In less than 10 years, the four-piece Progressive Groove metal wrecking machine known as JINJER have carved their very own place in the Heavy Metal landscape and are poised to go even further in 2019 and beyond. Hailing from Donetsk, this Ukrainian musical oddity formed in 2009 but consider the official start of the band with the addition of the incredible vocalist and Femme Fatale Tatiana Shmailyuk in 2010. The band labored intensively and honed their sound in practice rooms and local stages relentlessly, culminating in their now cult first album release INHALE, DON’T BREATHE in 2012. The following year JINJER were nominated and won Best Ukrainian Metal Band. They would be awarded this prize again a few years later.

While most bands from a country not exactly known for it’s Heavy Metal exports would be content to enjoy the little recognition gained in those first few years, it was clear that JINJER craved more and were willing to go the distance to make this happen. It was this attitude and clear vision that saw the band quickly write and release their second album CLOUD FACTORY (2014), and venture into the international touring market for the first time, booking their own shows and building their reputation face to face, fan to fan and more importantly under their own terms. 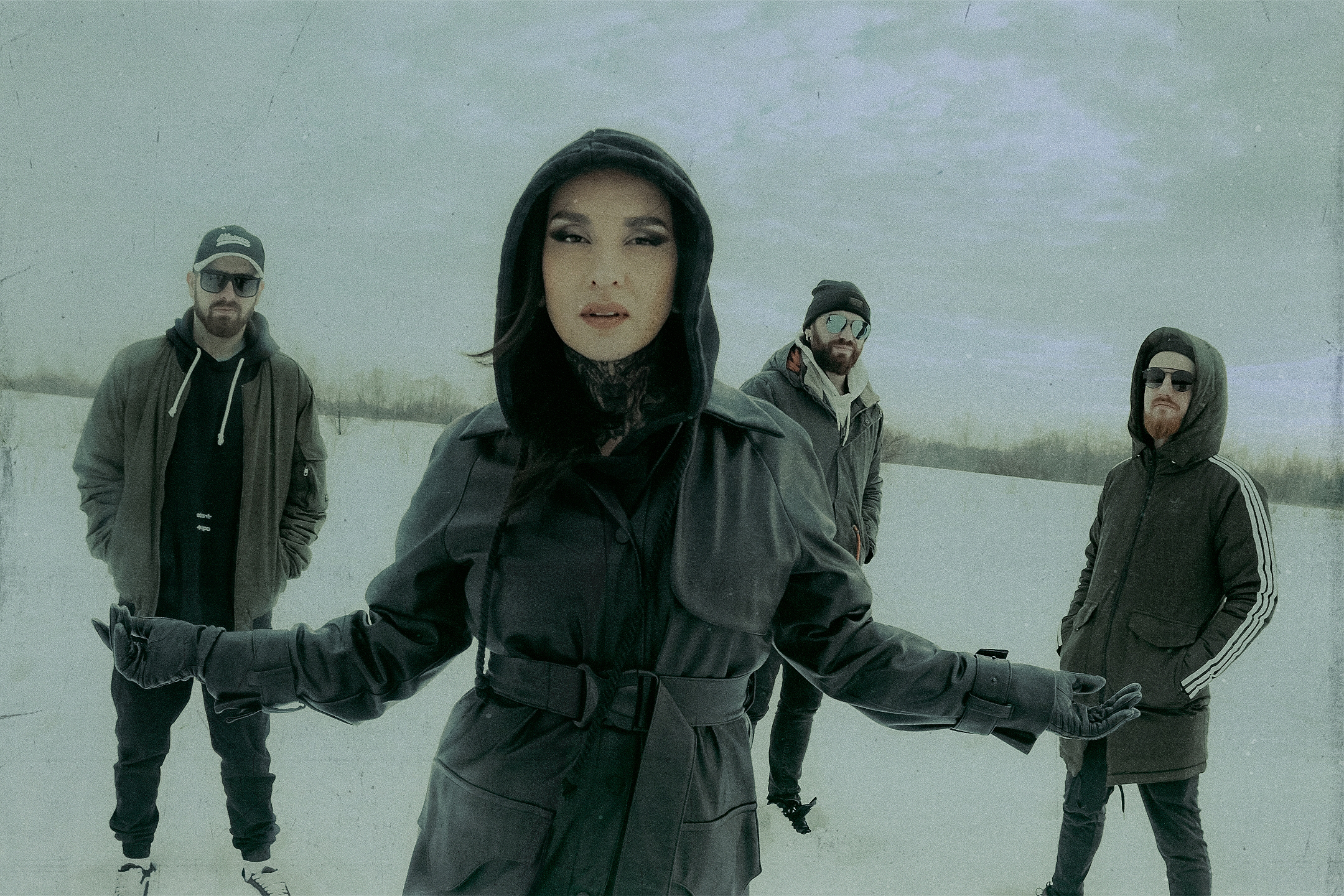 It was this intensity that caught the attention of Napalm Records, who quickly signed JINJER leading to the release of their critically acclaimed third album KING OF EVERYTHING (2016), as well as the game changing single and video for PISCES, which gained the band new fans, millions of views/streams and countless reaction videos on Youtube. KING OF EVERYTHING showcased the musical prowess and growth of the entire band while opening the floodgates to a bigger International touring circuit which JINJER gladly took advantage of. By the end of nearly two years of non-stop touring in Europe, JINJER added new territories such as Israel, Philippines, United Arab Emirates, United Kingdom, America, Canada and most of Latin America, while sharing the stages and touring with the likes of Arch Enemy, Cradle Of Filth and DevilDriver to mention a few.

Somewhere between touring vans, visa applications, and flights to new tour destinations, JINJER buried themselves in the rehearsal room to compose 5 brand new tracks for what would become the MICRO EP, written not only for the fans but for themselves, as they needed something new to keep their sanity on the road. Released on January 11th 2019 and coinciding with their European Tour start together with Soilwork and Amorphis, the MICRO EP spawned the instant fan favorites APE and PERENNIAL, climbed to the tops of many industry charts and radio station lists worldwide and once again showcased the musical growth and songwriting talent of the band, as well as Tatiana’s amazing vocal range.

In October 2019 JINJER turned on the heat even more with the release of their fiercest release to date: MACRO. Once again written and recorded between non-stop touring and produced by Max Morton, MACRO’s sheer intensity and straight up technical brilliance propelled them to a whole new level in the metal scene, spawning six singles to date and gaining JINJER not only millions of views but more importantly massive respect by fans and peers alike.

By following no other rule book other than their own, JINJER continue to be one of the busiest, most talented and exciting bands today.